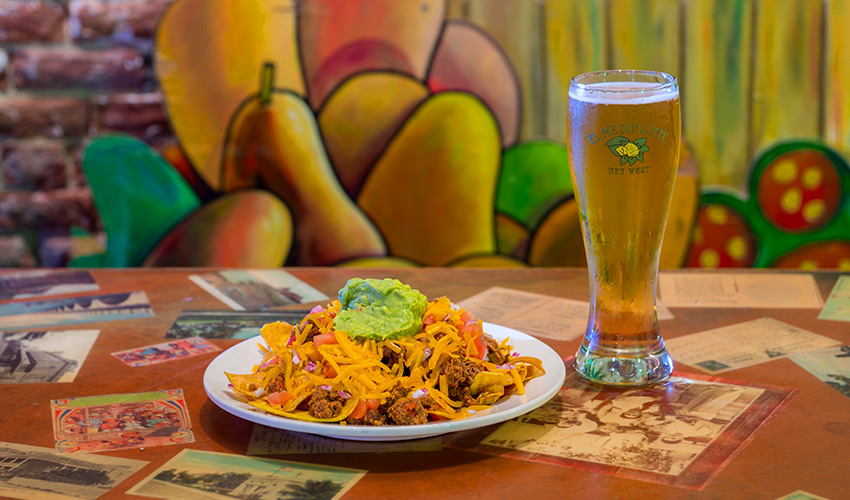 According to legend (and varying from one Spanish region to another), the etymology of the word ‘tapas’ is owed to small plates of food that arrive at the diner’s table balanced on top of a glass of wine or beer. ‘Tapa’ means ‘top’, you see. Another variant states that patrons would put their empty plates or bar napkins over their drink to avoid an unwanted bug from falling inside. Either way, the translation remains the same. What doesn’t remain the same, however, is the parade of plates that come and go on a typical tapas crawl in Spain’s capital, Madrid. That’s where these bad boys originate and it is a philosophy of dining that celebrates variety and makes eating almost an interactive sport.

For one, only a fool would stay in any one tapas bar for more than 20 minutes. The idea here is to go foraging, in a way, for your next meal at the next bar down the road. Of course, this crawl is meant to be done with a group of over-exuberant friends just as hungry for good company as for the local anchovies swimming in golden extra virgin olive oil. If one were to analyze the custom honestly, it can be argued that the actual tapas are secondary to the drinking of alcohol, notably Cava, a ubiquitous Champagne-like sparkling wine that flows liberally at these establishments. The entire ritual, if one can call it that, is a beautiful thing — friends, travel, exploration, booze and really, really good food. Add to all this that the tapas are on the house so long as you continue to imbibe and you’re talking about something the whole world should support. Having dinner at 11pm, though, may not catch on quite as much. But that’s a topic for another time. 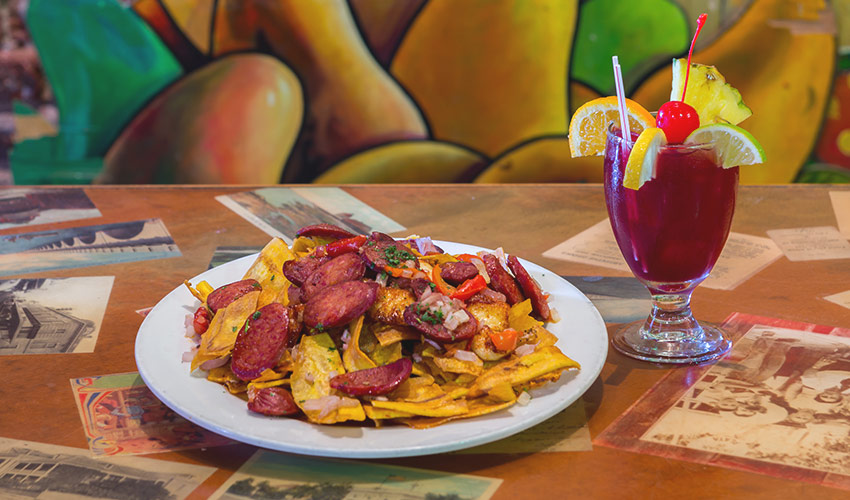 A track by track listing of the Tapas Greatest Hits, would go a little something like this: Spanish olives, pit in place, served simply in their own oil. Meatballs snuggled together in an earthenware bowl covered in tomato sauce sprinkled with saffron and almond slivers. The revered jamon Serrano, ham derived from a princely pig, cured and glistening, served with crusty bread. Grilled marinated octopus. Plump croquettes and a dish full of gamesmanship, Padron peppers. The aforementioned flavor bombs are blistered in a hot, cast iron pan with oil then served with a sprinkling of salt. The element of surprise that makes these a standout is not knowing which ones are mild and which will have you sweating through your eyeballs. Now that’s a real bar snack!

Eventually, tapas evolved from a regional food from a particular European country to something different here in the States. This is not to say you can’t find a suitable Spanish tavern here were you can eat patatas bravas while taking in a flamenco floor show. There are plenty of those. It’s what you find on the plate itself that has evolved. Today, tapas are pretty much anything served on a small plate intended to be shared. They come in a multitude of flavor profiles, colors and shapes and many restaurateurs and executive chefs are putting them on their menus in one form or another.

Tapas With A Key West Twist

For a taste of modern day tapas in Key West, grab a seat at El Meson de Pepe in historic Mallory Square and surrender to the smells of of our savory Cuban dishes. If you want to take your palette to places it’s never been before, order one of everything! If you are a person that bores easily, tapas-style eating will be your new favorite thing. Nothing against a nice, grilled, medium rare skirt steak or a luscious slice of Lasagna Bolognese, but that meal will never get better than the first bite, whereas with tapas… you’re ready to go on a different culinary adventure with every plate. Vive la difference!

If you can’t order one of everything, definitely start with the official dish of Key West. Conch fritters! That’s ‘conch’ as in ‘honk’ and they’re out of this world! A conch, for those of you from landlocked areas and points north, is a mollusk, like clams and oysters, that lives in one of those giant shells you put up to your ear to hear the ocean. Grab one of those spongy hush puppies of the sea, douse it with a little hot sauce and a spritz of lime and you are good to go. Next up, Cuban-style tamales steamed in corn husk. Finely ground corn is kneaded into a dough called masa, filled with roast pork then wrapped and gently steamed. Marinated cubed pork and golden fried Picadillo (ground beef) & pork stuffed fried potato balls served with chipotle key lime sauce. A Cuban riff on nachos that opts for deep-fried slices of plantain as the vehicle for dipping that’s topped with ropa vieja (shredded, stewed beef), picadillo, guacamole, cheese, diced tomatoes, and onions and they even pay homage to traditional Spanish tapas with Vieiras Al Ajillo (sauteed scallops in garlic) and a plate of head-on, grilled shrimp known as Gambas A La Plancha.

So now you know all there is to know about tapas and where to find the best in Key West. If you can’t finish all those tapas you ordered at El Meson de Pepe, just take the rest home with you. They’re great for breakfast too!