The history of rum tends to be an interesting one because sailors and seafarers favored this strong, sweet spirit during the Age of Exploration. Between amusing accounts of the behaviors of sailors and the effects of alcohol, there are sure to be stories. Its varietals were transported across the world resulting in a wider range of flavor profiles and points of origin than any other spirit.

Bacardi is perhaps the most iconic rum in the Americas and is credited with creating such classic cocktails as the Cuba Libre (rum and Coca-Cola) and the daiquiri favored by Ernest Hemingway. Its story dates back to 1862 in Santiago de Cuba and unfolds across the Caribbean and to the United States.

The Birth of an Icon
Founded by Spanish born Facundo Bacardí Massó, whose family immigrated to Cuba when he was 16, he eventually set about refining this spirit. Up until this point it had been made cheaply and was not considered to be a desirable drink. He developed a proprietary strain of yeast giving Bacardi its clean flavor profile, filtered it through charcoal to remove impurities and aged the rum in white oak barrels to mellow it.
This resulted in the first clear, or “white,” rum in the world.

Turbulent Times
Facundo eventually opened a small distillery with his brother-in-law, marking the beginning of Bacardi’s history. The years to follow were turbulent times for the citizens of Cuba, with the Cuban War of Independence in the 1880s and 1890s. Facundo’s eldest son, Emilio, was imprisoned and exiled for fighting in the rebel army against Spain. The women of the family were exiled to Jamaica.

On the Road to Success
Starting in 1912, after the United States occupation of Cuba, the company expanded with bottling plants in Barcelona and New York City. When prohibition struck the United States in the 1920s, Cuba became a hotspot for American tourists who could enjoy Bacardi’s rum freely.

Bacardi continued to be passed down as a family business through three generations and moved its headquarters to Havana in 1930. The rum’s popularity continued to grow, forever associating Cuba with rum, and Bacardi in particular. It expanded globally to Mexico, Puerto Rico and the United States.

A Loyal Fan
Ernest Hemingway moved to Cuba in 1939 and lived at Finca Vigia in the small town of San Francisco de Paulo, close to Havana. He spent much of his time at the Floridita Bar drinking daiquiris made of Bacardi, His love for this cocktail lead him to immortalize them in his posthumous novel Islands in the Stream. Bacardi is also mentioned in To Have and Have Not, which takes place in Key West, and For Whom the Bell Tolls. Bacardi even through the famous author a party when he won the Nobel Prize in 1954. 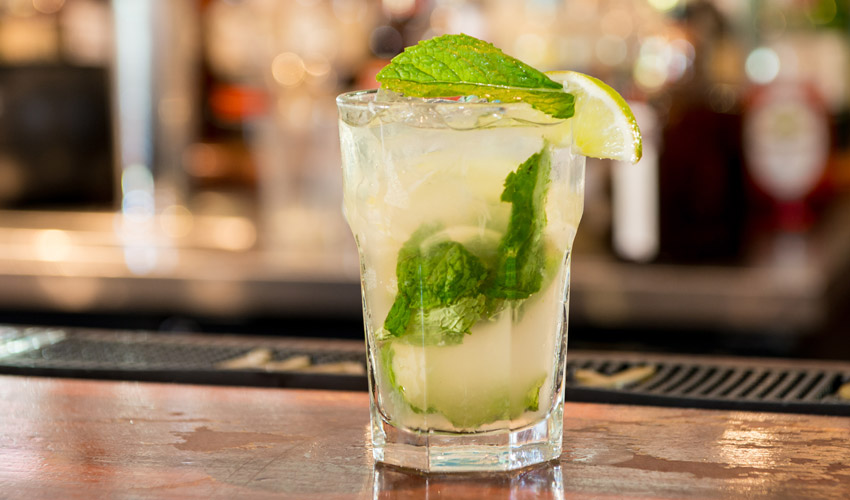 Exiled From the Homeland
When Fidel Castro’s Cuban Revolution took hold of the island in the 1960s, Bacardi managed to hide its proprietary formula, trademark and assets in the Bahamas. Eventually, it moved its operation to Puerto Rico and Mexico, which proved beneficial in trading with the United States. As a result, Bacardi is not found at bars or grocery stores in Cuba today. The main brand on the island is Havana Club, which Bacardi acquired at one time, and is currently embroiled in a lawsuit with the Cuban government over trademarks and ownership.

Coming to America
In 1964, Bacardi opened its United States headquarters in Miami, Florida inside an eye-catching building designed by exiled Cuban architect Enrique Gutierrez. What makes the exterior of the building so unique are the more thpaxan 28,000 blue and white tiles depicting flowers constructed by Brazilian artist Francisco Brennard. In 2006, Bacardi moved its headquarters from the midtown Miami location to nearby Coral Gables. Today, the building still stands and is commonly referred to as the Bacardi Building.

Expanding the Portfolio
Bacardi is now one of the most recognized and highly consumed rums worldwide. Varieties range from its original white to smooth and mellow gold. The company merged with Martini & Rossi in 1993 and acquired other spirits brands, expanding its portfolio to include Bombay Sapphire, Grey Goose and Dewar’s, amongst others.

It Runs in the Family
It’s a fascinating history of a successful and industrious family business that became a world-renowned brand. At El Meson de Pepe, Bacardi is our rum of choice for signature mojitos and other tropical cocktails. Stop by our family-owned restaurant for authentic tastes of Cuba.